The converter was the first “piece” to be developed for the openLCA framework. The Idea for the tool emerged at GreenDelta when discussions between the (then) new ILCD format and EcoSpold(1) did not come to an end. We started working on the converter by the end of 2006. The

first releases were in April and August 2007, new versions were published in 2010 and 2013. Recently more and more effort is spent on mapping files used in the converter.

The tool converts various LCA data formats from one format into the other, including EcoSpold01 to ILCD, EcoSpold02 to ILCD, ILCD to EcoSpold01, and ILCD to EcoSpold02. Converted files can also be used by other LCA software packages, beyond openLCA. The converter runs as a stand-alone application on Windows, Mac, and Linux operating systems – its installation is simple. Like openLCA, the openLCA format converter is an open source software, which means that both the software and its source code is publicly and freely available.

The user interface was never too beautiful; almost all of the effort was spent on things below the user interface (which reminds us of an iceberg, always). From the 2nd release onward, the converter contains also mapping files to assign reference flows and other elements from one format to the other. Over time, the import and export functionalities from the converter have also been implemented in openLCA, but the format converter is still available as stand-alone tool for users of other LCA software packages, such as SimaPro for example where only recently (in 2016) an ILCD format export was added.

The latest release of the converter is version 3.1.3 from end of 2015. The converter is a Java application, its use should be straightforward. You need to have Java installed on your computer though.

To use the converter, unzip the archive if you downloaded the zip archive, or open directly the Jar file. A database subfolder with the mapping files is created. If you want to modify or overwrite the mappings, close the converter first and modify the mapping files then; making a backup of the files to be edited is recommended. Further details are explained in the format converter documentation which is available on the resources page.

More and more of the features of the format converter are now also available in the “normal” openLCA application, where also the more modern L2D format is available (LCA Linked Data format, developed by GreenDelta).

If you have a recommendation for improvement, let us know. We know the converter has been used quite often, for example for creating the basis for the Chinese CLCD database. We also understand that for more uncommon tasks, the converter alone will not be able to directly provide the final result, but the result will need to be fine-tuned. Therefore, if you are working on or considering a possible major conversion task, we would be interested to know as well. We are experienced in providing smooth, efficient conversion also from and to all major LCA software systems.

Mapping files in the format converter 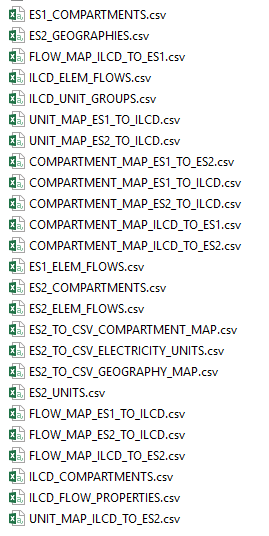 The initial V3 mapping files have been in 2015 extended by PRé consultants, in coordination with us, to reflect PRé’s SimaPro “dialect” of EcoSpold01 and SimaPro reference files. In this project, we added also a specific SimaPro EcoSpold format. The extended mapping files are also separately available at the PRé website. To exchange the mapping file, close the converter and copy the new mapping files to the database folder, then restart the converter again.

Also in 2015, the Joint Research Centre of the European Commission released new mapping files for the converter which have been developed in coordination with GreenDelta, and with broad input from recognised experts, specifically from ecoinvent to ILCD (xls file, 4 MB). They are included in the format converter in the latest version.

An erroneous publication (not by us) of a draft mapping list not meant for publication led to interesting comments from various stakeholders which might be worthwhile to document as well, albeit rather from a historic perspective – but it shows how relevant and also sensitive the very technical topic of data conversion really is.

The most recent version of the format converter is available from the download page.

Older versions can still be found on the sourceforge page, here: https://sourceforge.net/projects/openlca/files/openlca_converter/

The most recent documentation is provided under the free resources, here.

The format converter is now almost 10 years released. Our initial hope, that releasing the converter as open source will lead to additions and improvements by others, has not really materialized yet for the tool, but this may still change. For the mapping lists, some additions have been recently published by JRC of the European Commission. 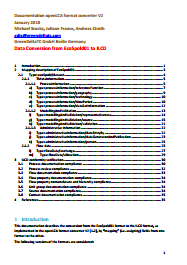 Since ecoinvent 3 was not released yet at the time when the EcoSpold02 format was implemented in the converter, the EcoSpold02 converter format follows the official format specification which is different from the format as it is used now in the ecoinvent database and in the ecoeditor, see also the comment on the open source page.

Use instructions for the V2 converter (pdf from ppt, 31 pages): converter_howto.pdf

For the very first release of the converter, we provided a complete, web-based documentation which we re-post here, in version 1.1:

The converter supported EcoSpold01,, ELCD (not ILCD, which is the predecessor), and the Swedish ISO14048/TS_IMI format. The documentation covers EcoSpold01 and ELCD. For all fields, requirement, occurrence, nomenclature and pattern, and the data type are assessed, as follows:

For each attribute, a link to the converter code is provided which allows to directly jump to the code. 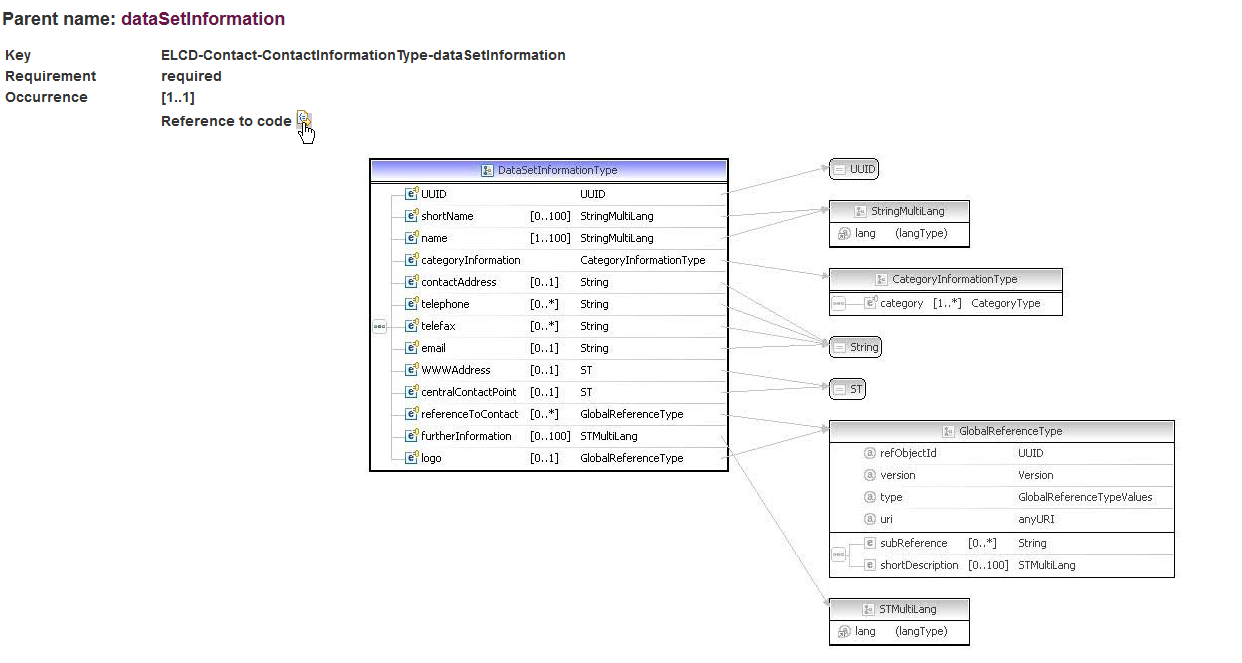 We have been involved in successful conversion of LCA data sets, models, and entire databases, since about ten years now. Here a list of selected services and of projects. Projects can be really small (only a few hours) to several months if specific tools need to be written for the conversion and for a later quality assurance.

We are evidently welcoming any inquiries – if you are thinking of, pondering about a migration task or conversion project, please contact us.