openLCA is open source software – what exactly does this mean? 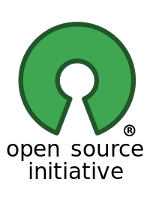 Implications of openLCA being open source

Open source software (not to be confused with open access which is more relevant for published journals) needs to fulfill two main criteria, following the open source initiative, OSI (http://opensource.org):

This means, for you as user:
openLCA is completely free, without any license costs. The software is fully transparent. You can freely share both the software and any models you create in openLCA, provided the database licenses allow it. If you want you can even inspect the code for any potential issues including security issues and any malicious behaviour. This makes open source software also suited for work in highly sensitive areas.

The fact that openLCA is open source does not mean that you have any obligation to publish or make accessible any data you use or models you create in openLCA.

This means, for you as software developer:
If you have an idea on how to improve or modify openLCA, feel free to do so. We’d appreciate it if you could contact us then so that we can align our work. If you distribute the modified software, then the open source license applies: you then need to publish, and make available for free, the source code of your changes (the “derived work”). You can also contact us and ask us to include the code in our distribution of openLCA (which requires that we perform a quality check of your contribution).

This means, for you as a sponsor of openLCA development:
We at GreenDelta also develop software that is not open source. However, if we develop open source software, then sponsored development will be publicly available; it can be inspected, used and possibly refined by others. You are not locked in and bound to one specific software developer.

There are many different open source licenses (http://opensource.org/licenses); the MPL2.0 license that we selected is often characterized as (trying to provide) a good balance between open source and closed source, proprietary software developers.

Examples of solutions based on openLCA 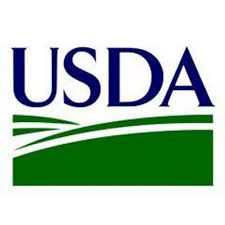 LCA commons: The LCA commons server operated and developed at US Department of Agriculture, since several years now, was built using the openLCA database structure and reference flow list, and has been synchronised since then several times with ongoing openLCA developments.

tool: At Fundacíon Chile, a data collection and sustainability tool was created to reflect needs of a sustainable supply chain product project in Chile, for about 20 companies mainly in the food sector. For data collection, the existing openLCA Excel export and import feature for importing process data sets was extended and modified.

Further selected examples, ongoing and future ones, are and will be provided on the use case section.

There are not many – but two prominent example exist:

Examples where open source was not applied in the LCA context

There are several examples in the rather small world of LCA where in hindsight, an open source strategy could have made sense:

It is of course only a coincidence that both examples are related to the ecoinvent centre; we believe both show that closed source software can lead to higher maintenance costs, and it can lead to clients losing control over a once custom-made software.

The business case for open source (in LCA and software especially)

So – how does this work? We are able to provide a reliable, user friendly and up-to-date software which has even quite some features not available in commercial software which is sold for almost 10,000 € per license? Is there a catch, or a trick?

Why we can provide openLCA for free

Is there a catch, are there hidden costs for example?

This is of course important, and stressed e.g. by PRé, makers of the SimaPro software, stress that there are no hidden fees in SimaPro (on a page where you are invited to purchase the DataSmart database in addition to SimaPro).

For openLCA, there are no hidden costs either. Service contracts, trainings, and for-purchase databases are not free but available for a competitive price, the databases e.g. for the same price as from the original data provider (but also adapted to openLCA).

Therefore openLCA is able to offer you what you really need. Tailored support, tailored databases, and possibly even an adapted software, developed in an affordable way, with features not available in any commercial LCA application.

And there is no catch or trick; it is an offer that openLCA is open source, an opportunity and chance, to be utilised by those who understand.